On the UAE’s 42nd National Day, Abu Dhabi celebrates its past, present and future

ABU DHABI // On an April day in 1958, with the days already growing warmer, the men from the oil company took a gift to the Ruler.


In his majlis at Qasr Al Hosn they handed over several small bottles, tightly stoppered and filled with a viscous, dark-brown liquid. 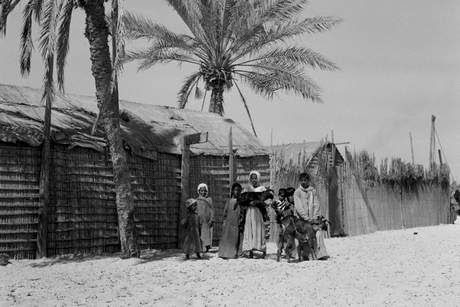 This was the day that Sheikh Shakhbut learnt oil had been found in Abu Dhabi, and with its discovery came the realisation that the lives of his people would soon change forever.

Outside the walls of the palace fortress, barely 2,000 inhabitants went about their daily lives. They lived mostly in arish palm-frond huts, with a few larger coral block buildings for wealthier merchants and members of the Royal Family.
For the lucky few, there were labouring jobs at the oil-exploration base on Das Island. Others scraped a living from fishing or raising livestock.

Food was often scarce, fresh water to be found only in temporary wells dug in the sand. There was a single madrasa school for boys only, but no hospital. 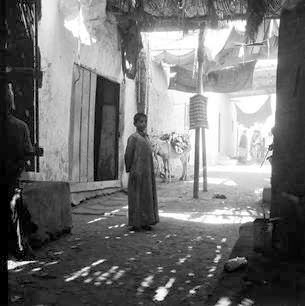 Once a year, a doctor made the journey from Dubai. Those who fell ill between his visits might die, as did up to one in three women during childbirth.

Sixty-five years later, we are blessed to live in a very different Abu Dhabi. Those arish houses around Qasr Al Hosn are long gone, replaced by office towers and shops that offer almost anything from anywhere in the world.
Few cities on the planet can claim to have seen the astonishing changes brought to Abu Dhabi in less than the span of a man’s life.

Here is a city that speaks to the world, whether it is at the annual Formula One Abu Dhabi Grand Prix on Yas Island, or through the headquarters of the International Renewable Energy Authority.

In the summer of 1966, Sheikh Zayed became Ruler of Abu Dhabi and began his grand vision for his city.
An international airport was built, with a runway capable of handling transcontinental jets. It cut down the centre of the island, reaching Hamdan Street, the centre of the growing commercial district. 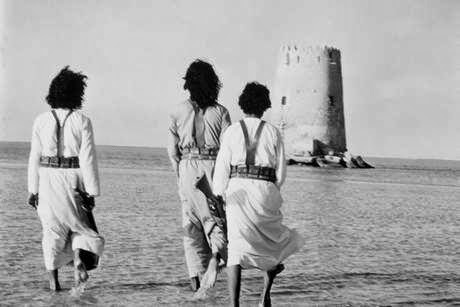 In homes equipped with such luxuries as air conditioning, running water and electric lighting, Bedouin families were persuaded to adopt city life.

Mina Zayed was built to handle the flood of consumer goods demanded by a newly prosperous population. The Corniche, on land reclaimed from the sea, gave the city breathing space, along with parks and trees to soften the landscape of concrete.

By the 1980s, Abu Dhabi, now the capital of the UAE, had begun to resemble the city we see today. Its importance was underlined by the creation of the GCC in 1981, the leaders of the six member nations meeting for the first time at the city’s InterContinental Hotel.

With the passing of Sheikh Zayed in 2004, the accession of Sheikh Khalifa underlined the continuity and unity of the nation, but ushered in the next stage of the city’s development.

Expressed in the Vision 2030 plan, it describes an Abu Dhabi – still 17 years distant today – that has broken far beyond the confines of the island to become a 21st century metropolis.

Many of the ideals expressed in Vision 2030 are already becoming reality. The completion of the Emirates Palace hotel in 2005 established Abu Dhabi as a destination for the world’s most discerning travellers.
On Saadiyat Island, progress is well advanced on the Louvre Abu Dhabi, the first of three museums that will create the Cultural District, starting in 2015.

On Yas Island, the Ferrari World theme park and Yas Waterworld, which opened this year, will be joined by a huge new mall, the second-largest in the country.

These latest changes signal a fundamental shift in the city’s axis, away from the island and out to the rapidly expanding suburbs of Khalifa and Mohammed bin Zayed cities, and the planned waterfront communities of Al Raha Beach.
This is the Abu Dhabi of the future, as embodied by Masdar City, the still-expanding research institute and community that is founded on principles of environmental sustainability.

Where there was once nothing, there is now a burning aspiration to match the world’s best.
The class of 2014 will be the first to graduate from New York University Abu Dhabi. Then there is the Cleveland Clinic on Al Maryah Island, the new financial heart of the capital, and the vast new Khalifa Industrial Zone.
This National Day, a celebration of 42 years of the UAE, is an opportunity to look back at how far a small fishing village has come – and to marvel at what still lies ahead.
Posted by Jamal Panhwar at 3:40 AM